First reported in 1976, the African red headed agama (Agama agama) has been established in South Florida for quite some time. They feed on mostly small insects and are found in populations scattered across several counties. Like many invasive herps in Florida, some of the populations (such as the the agama population in Hollywood, FL) is located suspiciously close to nearby exotic pet stores selling reptiles.

These pictures where taken at Fairchild Botanical garden, which hosts a large population of the lizard. Interestingly, they seem concentrated near the ‘desert’ biome portion of the garden. It must seem like home! 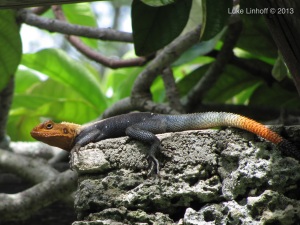 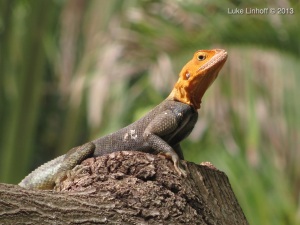